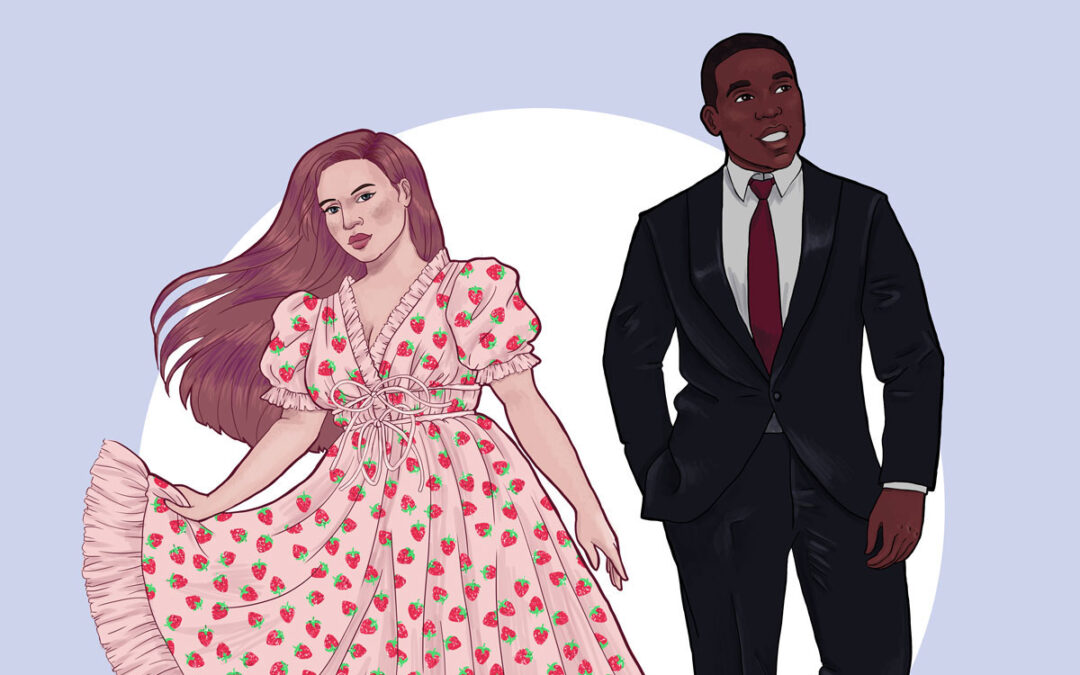 “Man, we haven’t dressed up in a while!” Derick said, admiring his crisp black suit in the car window.
“I know, like really dressed up.” Joanna agreed, taking his hand in hers. Her dress was all ruffles and glittery strawberries – perfect for dancing. And skipping. And twirling. She wasn’t going to do all that just yet, though she wanted to skip to the ballroom rather than walk with the appearance of a sophisticated adult.
They stepped through the doors and just stood for a few minutes in awe. It felt somehow like a forest, with the trees and plant life lining the walls. Were those potted, or growing directly up out of the floor? Begonia and ivy hung from the ceiling, intermingled with the chandeliers. The floor shone, a glossy liquid gold.
“We’re definitely dancing tonight!” Joanna said as they walked across the room. Her heels clicked with a muffled echo, the loudest sound in the room.
“Good thing we’ve practiced.” Derick joked.
They stopped and sat on a couch beside the far wall. Chairs and couches were tucked into the greenery, as though they’d been overgrown by an ambitious forest. It would be a magical reprieve for later in the evening.
“Let’s do a practice run before a bunch of people get here.” Derick stood and held his hand out to Joanna.
“Okay.” She said, tentatively taking his hand. She always felt a little nervous and self-conscious with this sort of thing, feeling like everyone was watching. She was always grateful for his gentle encouragement though.
They stepped out toward the center of the floor, not too far. Turning toward each other, they took up what they imagined perhaps a waltz position should be. Years ago, they had taken a single dance lesson in preparation for their wedding, and had not been back. They’d talked about it since then, but life and kids seemed to be always in the way.
For now, they were content to just sway some simple steps to the soft, ambient music. Once they got into a groove of sorts, they tried a few spins. The dress performed its twirls beautifully, though Joanna nearly tripped over her own feet at least twice. It didn’t matter. They were the only two in the world for the moment.
She spun again, then they stepped close together and kissed. It was going to be a good night.

Get Your Ticket to the Ball!

You have Successfully Subscribed!